Meet Ashley!
Ashley came to me seeking a creative position in a corporate marketing or agency setting. Her background included photography and design, with her most recent experience involving highly technical photography work not allowing for much creativity. On the side, Ashley had started her own more creative photography business as well as engaging in work with a local wedding photographer.

Résumé Pitfalls
Ashley’s original résumé lacked creativity. Given she was pursuing a creative role, there was nothing about her original résumé that would show an employer her creative side. Ashley had also presented her employee engagements with her entrepreneurial roles, provoking questions as to her current career target versus her desire to promote her own ventures. In addition, Ashley’s résumé was unnecessarily long based on the format, redundancy, and presentation of perhaps too much information.

Résumé Strategy
Strategy was key in the development of Ashley’s new résumé. Not only did the format have to “pop,” but also the content had to explore both her creative and technical skills. It was also imperative that the focus of Ashley’s résumé be the employee-employer engagements. By removing the hybrid focus between employee and entrepreneurial ventures, we could avoid an employer thinking Ashley would be moonlighting on the side, biding her time until her business picked up and she could leave to pursue that full-time.

As you can see from Ashley’s new résumé, 100% of the content explores her impressive professional engagements, being sure to “translate” functions performed in the most transferable language possible. In addition, Ashley’s résumé shrunk from two pages to only one page. The length of Ashley’s résumé was important as we wanted to create a concise marketing document, which succinctly and effectively told the story of her professional career. Given Ashley had performed similar duties in her professional engagements as in her entrepreneurial ventures, by not presenting her self-employment we were not doing her candidacy a disservice.

The right side of Ashley’s résumé showcases her education, strengths, and technical skills. By using this more creative format—color to add emphasis, and an artistic yet professional design—Ashley is truly now practicing what she preaches.

What Did Ashley Think?
Ashley followed up with me writing, “What can I say? I LOVE my new résumé! It’s better than I could have ever imagined. I’ve been getting compliments on it left and right. I don’t have a new job yet, but I’ve been getting some interest and expect to have a new position soon!”

Soon thereafter, she updated me, saying, “I’ve had a few interviews and I’m waiting to hear if I got this one that I’ve had four interviews for. It would be perfect…they had over 400 applicants and I know it’s between me and one or two other people so I am keeping my fingers crossed.” 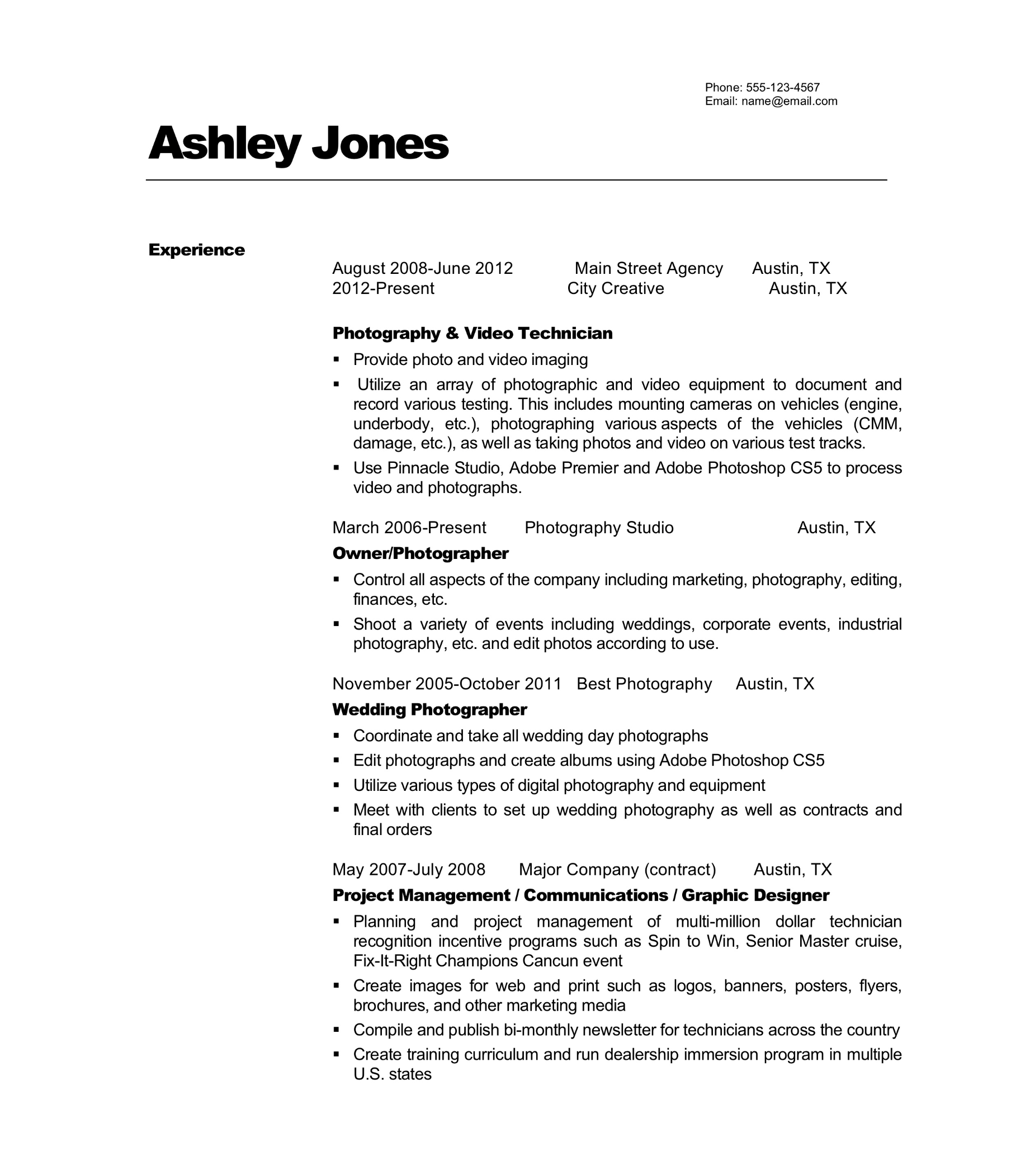 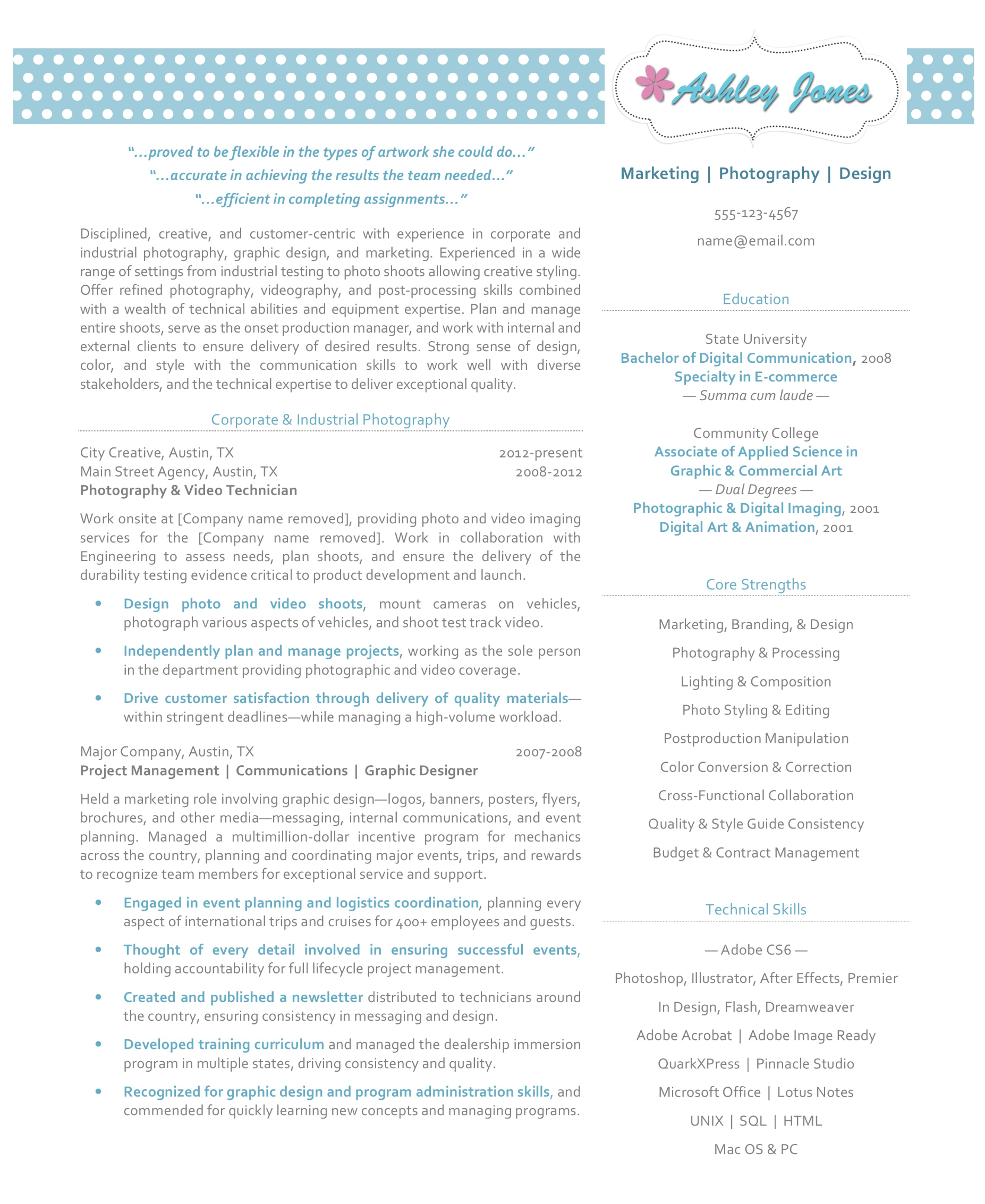