May Makeover Series: Position yourself for a promotion

Background:
Mitchell came to me with the goal of preparing his resume for an advancement opportunity. While he had felt confident about his resume, he had recently reviewed a resume I wrote for a peer of his and had started second-guessing the strength of his candidacy on paper.

Original Resume:
Mitchell’s original resume was three pages in length and included 14 years of work experience. Mitchell opened his resume with a large heading section, continued with an objective statement and his education, followed with a qualifications and achievement section, and ended with a two-and-a-half page professional experience summary. In this summary, he had represented all of his responsibilities in bullet points, creating a lengthy resume with little prioritization in its 57 bullet points.

What was wrong?
Mitchell’s original resume was not going to position him for the senior leadership roles he was seeking. Instead, through poor formatting, inclusion of unnecessary sections, and lack of content prioritization, it would not get the time of day in front of the recruiters who were pursuing him as it looked more like an entry- or mid-level management resume. For instance, Mitchell’s heading, objective statement, and education section would likely be the only items seen during the 4- to 7-second screening process, and within those sections, there was really nothing to differentiate his candidacy from that of a competitor. In his professional experience section, it was clear he had copied from job descriptions, something that would immediately disengage the reader. The qualifications and achievement section was lacking in content for someone with 14 years of experience, not to mention that this section was not the strongest representation of what Mitchell had to offer.

How to fix it!
First, Mitchell really needed a resume that “popped!” The format and content were going to be vitally important in attracting and keeping the attention of readers given their limited time and the competitive nature of the field Mitchell was in. I, therefore, designed a format that would serve as a great backdrop to tell the impressive story of his career.

Opening Mitchell’s resume with a robust qualifications summary was critical in positioning him for how he wanted to be seen. Mitchell’s summary reflected some of what others had said about him—from performance review excerpts—in addition to key accomplishments and core skills. When contrasted with the objective statement on his original document, Mitchell’s “after” resume became immediately more effective than his “before” version.

Flowing through his resume next to his professional experience section, I took some time to better explore Mitchell’s responsibilities and accomplishments, placing them in a bullet point/paragraph style to better highlight where he had contributed value. This format allowed for better prioritization of experiences and would draw the reader’s attention to the most important details on the resume.

Mitchell’s resume ended with his education section and industry training. Mitchell had placed his education on page one as he was a recent graduate, but as his education did not differentiate his candidacy and was not his key selling point, a more appropriate placement would be at the end of his resume.

Mitchell’s results:
Mitchell was thrilled with his new resume, calling, once he received it, to convey his thoughts and appreciation. He later emailed to tell me, “I have received nothing but positive remarks in regard to my resume and I have even had employers screen me for higher-level positions.” I am confident Mitchell’s career will continue to progress with the benefit of his new resume representing him as he wanted to be seen. 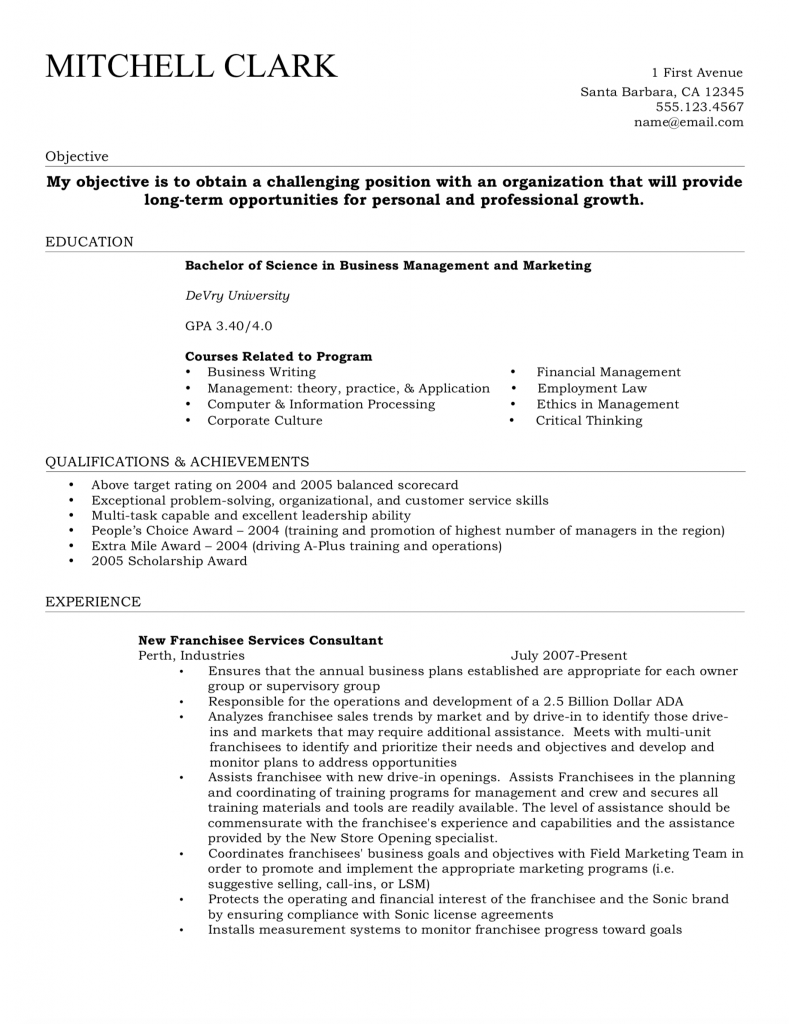 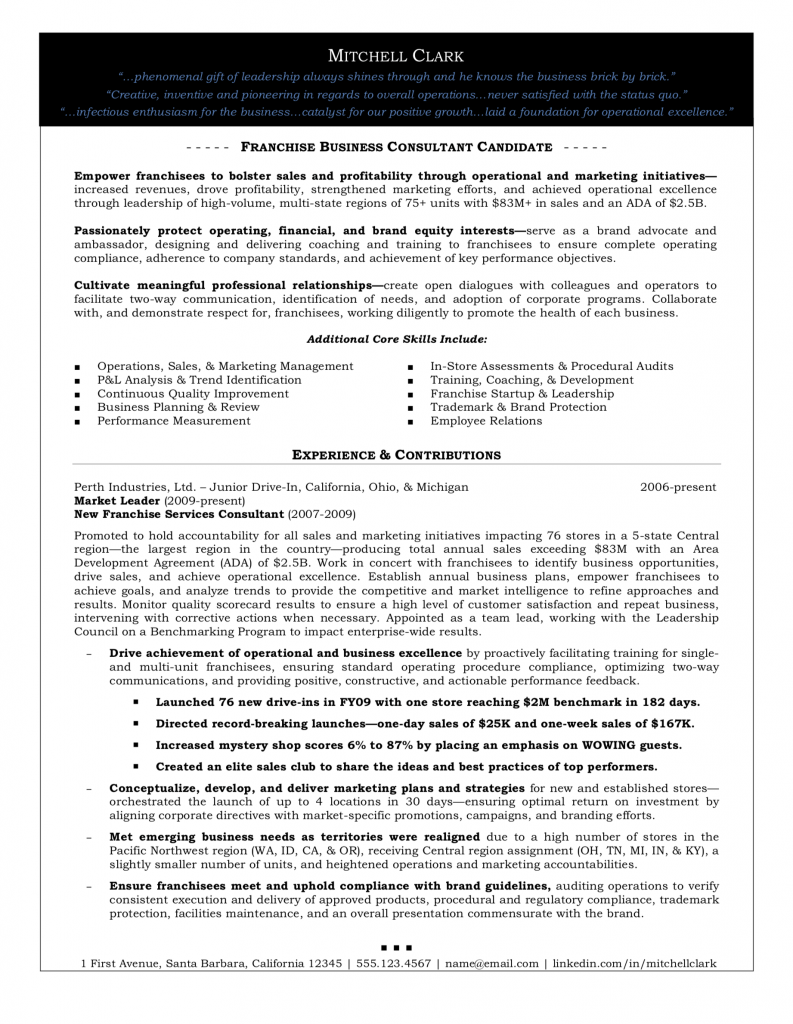